First and foremost, I’d like to welcome everyone to Old Norse Paganism! This blog is specifically designed for those of us who are New to Norse! While I cannot simply tell anyone how to practice ONP, I can give some insight on how I incorporate Norse Paganism into my daily life and how I translate Norse beliefs in my modern day-to-day activities. Being new to ONP, there are several practices I find useful to keep a spiritual connection with my gods and goddesses.

There is no cookie-cutter way to practice ONP, in fact, you’ll see many different people who all practice differently. This can be overwhelming at first, whether you’re transitioning from another religion or no religion at all. The internet superhighway has a smorgasbord of conflicting and confusing information BUT, being there is no “one way” to practice or preach (for lack of better terms) it can also be a wonderful tool to find out how others are faring all over the world. My most recent searches consist of Norse artwork and literature such as The Eddas, The Sagas, and newer (more modern) written theories. Curiosity is the gateway to knowledge. One of our gods, Odin’s, greatest desire is for wisdom and knowledge, for which he has traveled across the sky and into the underworld to obtain!

I feel it is important to mention here that during my personal internet searches on the matter, I have experienced some cringe-worthy material and I’d like to take a moment to debunk it. I found that many neo-Nazi and white supremacy groups have hijacked our Norse Pagan culture, more specifically some of our most prominent symbols, and recreated their meanings to better suit their personal agendas. They feel as if the Norsemen were/are the supreme “pure” race of people. We, here at Old Norse Paganism, do not recognize such far-right extremists as anything other than hate groups, nor do we support their cause. In fact, there are several groups currently fighting the grievous battle to reclaim our culture and symbols from racism. You can find the list of symbols, located on the Anti-Defamation League website, containing images such as Thor’s hammer, Tyr’s rune, runes Elhaz “life” and Jera “harvest,” as well as the Wolfsangel (all of which predate Adolf Hitler and the KKK.) I find the best way to combat this specific situation is with education, by letting other people know the truth about Norse Paganism!

This part gets a little tricky as there is no single designated path to worship. As far as prayers are concerned, I do not specifically “pray” to the Norse gods to ask for things I need. Our gods encourage us to seek and find things for ourselves, and within ourselves. Rather, I ask for their blessings, to go with me and guide me on my ventures. Being new to Norse, myself, I am still working on my technique in the “prayer” department. I come from an American, predominantly Christian, background so this has been quite a task. Christians pray on their knees to a God above them, and while I have never fully accepted the concept of having a god above me, it’s still difficult to see my gods beside me or as equal to me, or even within me. I find that researching any of the God’s specific attributes and focusing on the ones that I possess helps me to identify myself and connect with certain gods on a spiritual level. Working with runes is a type of “ritual” many Norse Pagans take part in. I, myself, have not begun any rune work but I expect to start in the near future so you guys can expect some rune conversations then!

When it comes to sacrifices, the most common-known practice is known as Blot, meaning “blood” sacrifices. The blot is dedicated to the Norse gods, ancestors, and spirits of the land. Modern times make sacrificing animals to the gods quite difficult. While blood sacrifices may be out of the question, especially in more urban areas, you can still sacrifice something of great value (to you) and give it to the gods in return for their blessings. This may be done simply by taking any physical items or trinkets you hold dear, stones, runes, or other items that particular god values, and placing said items in a satchel or bag, then setting the bag in a sacred place in nature where you most connect with the gods or feel their presence. Whatever you decide to do, do it with meaning and intent. Blots and sacrifices are usually celebrated on winter and summer solstices, as well as before major life events, to honor the gods in hopes of positive outcomes. Sacrifices are typically followed by great feasts so get out there, connect, and celebrate with fellow Norse Pagans! 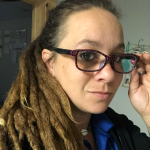 1 thought on “Newly Norse: Are you newly Norse?”